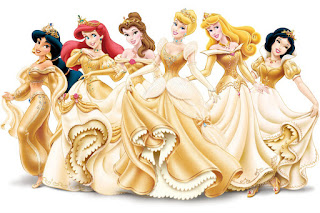 I grew up with Cinderella, Sleeping Beauty and Snow White.  It ruined me for life.  They taught me that the perfect man was out there waiting for me, and one day, He Would Swoop In and All Would Be Well in my world.

I also grew up on rom-coms.  Happiness was inevitable.  I would meet The One and I would “know” and everything would be sunshine and daisies when I met him.  So if I met someone and there wasn’t fireworks, well, he couldn’t be The One, could he?

This led (shocker) to some serious issues in my view of men, dating and love lol.  I waited for fireworks, I waited for Holy Communion, and dating stopped being dating and became more of an auditioning process.  Would HE be The One?

I vividly remember Gary.  He ticked a LOT of boxes – tall, dark and handsome and a VERY good kisser – and dating him was like a dream where part of me was still awake.  It was like living the life, whilst at the same time being stood outside it, reviewing it, critiquing it, and trying to understand if he fit.

By now I was 28 and ready for my next adventure – true love, The Wedding – and I remember introducing him to my mother as my future husband even though I had only known him 3 weeks.  3 times she ignored me, and 3 times I persisted lol.  I even overlooked the imperfect sex (Gary, an ex professional athlete was very proud of his ahem, stamina.  Not me.  I fucking hated it.  Stamina = chafing.  Not good.)

Looking back, I was so lost in a dream, a fantasy.  I was desperate for it to come true and whisk me away to a happier world.  Every moment I was with him was an audition for a future that was never going to happen.  I willed him to be the missing jigsaw piece, without realising that the missing piece of the puzzle was me.

Anyway, a few months ago, I wrote a poem about it.  I thought I’d share it as something different.  The life lesson here is Just Be.  Don’t force things.  Don’t have pre-conceptions.  Just let life unfold and judge it for what it is, not what some demented Disney princesses have told you it should be. 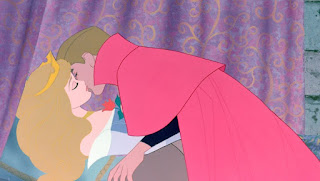 And I realise now

All I was doing was trying you on like a dress

I was desperate to wear but

That didn’t really suit me.

Oh honey, you were completely the wrong

My style, my colour, my shape, but

Stubbornly I tried to fit into you anyway.

I wriggled into you, squirming, and

Smoothed you down.  Turned

This way and that, checking you out

Even the reflection looked wrong.

But I really really liked the dress.  I’d

Others who could wear it, NEEDED

To know how it felt being inside it …..

Inside you.  With you.  Entwined

How could something so perfect make me feel

How could I be so out of place within this image of myself,

So wrong about how the dress would feel?

Because the dress was a fairytale and that’s what I believed in back then.

I was bulimic for them, nourished and poisoned by them.

To wear a dress like you would make ME fit in.

Would centre me in my life, rescue me from my catwalk of chaos.

It was never about you, it was always about me.

Even when they told me the dress was a bad fit, I didn’t care.

Even when I knew the dress made me feel ugly, I wanted to wear it anyway.

Even when you began to rip at the seams …. when the buttons fell off … owning that dress meant everything to me.

I thought I needed the dress to sparkle and dazzle and shine and to prove that I existed.

I thought I needed YOU to prove what I was worth.

It was years and years and many, many dresses later that I worked out that it’s not The Girl who needs the dress, it’s the dress that needs The Girl.

After all, without her, it’s just a dress.