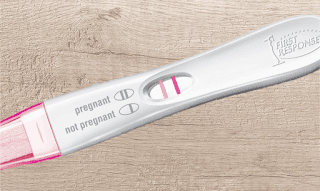 A lifetime of movies, sitcoms, soaps and friends has taught you what to expect.

You float serenely with a neat bump in the barest chiffon.  You glow.  You make plans for the birth, for the nursery, for the effortless return to slimness.  You do not envisage any problems, any frustrations, any glitches.  After all, you have all these friends who have had children, and they didn’t have the merest negative experience.

Well guess what.  These friends ?  These members of the sisterhood ?  These fellow women who swore pregnancy was the best thing that ever happened to them, and how “it” was all worth while ?  They lied.  And they never once had the decency to explain exactly what “it” means.

The decision to have a baby is one of the most exciting things I think I ever did.  It seems thrilling, illicit, downright sexy to make love with absolutely no barrier between you.  Intimacy – nothing comes close until you embrace the man you love with all of your body, all of your hopes, and all of your self.

Well, let me rephrase.  It’s the most exciting part till you realise that despite 4 consecutive days of sex, you should probably do it for another 5 days “just to make sure”.  Not so exciting now.  Duty, effort, function.  Of course it remains enjoyable darling, of course it was great, but you both feel so obligated to your future child to give him or her every chance to come into being that sex becomes ever so slightly mechanical.

Gradually, you notice that your husband looks really tired.

Typically, you had to trick him into trying for a baby.  It’s one of the greatest truisms of life that There Is NO Right Time to Have A Baby.  When your mum died, 2 years earlier, you realised your father was likely to will himself to death (somehow, 20 years later, he’s still here) and that you didn’t want to live your old age as an only child.  The need to create one of your own took you by surprise, and now, you were just about the right side of bored to make that happen.

Let me explain – by bored I mean I was ready.  There was nothing else going on.  I was a superstar in my job, the house was as pretty as it would ever be and well …. I was ready for my next adventure.   The boyfriend, not quite so ready.  As ever, he struggled to commit to something so I took control in the kick ass way that was my only mode of living back then and told him it was absolutely fiiiiiine darling if he wasn’t ready, but I was no longer taking contraception, so if he really didn’t want a baby, he would have to put a condom on it.

This was probably the only masterstroke I ever pulled in our relationship.  He hated condoms with a passion, so I knew there was no chance of him doing it lol, and true to form, at the key moment, he sighed, said “Fuck it”, and ta-daaaaaah, we were trying for a baby.

But there’s a difference between trying and actually being.  We’ve all been there.  That sickening moment when we take the plunge and pee on the stick, praying loudly and fervently for the little square to stay blank.  We have peed with fear, with a feeling of sick anxiety, of ambitions not yet realised.  Never before have we peed with hope – dizzy, giddy, Christmas Day hope.

So you put the toilet lid down and you wait.  You try not to look at the stick for 2 minutes, the way you try not to notice the dessert trolley in the restaurant, but still, it keeps winking at you, flashing its power: Maybe.  Maybe not.

You remember the previous month when you were convinced you were pregnant, when you had already had nausea and tiredness, when chicken began to make you feel sick, and the shock of blood on toilet paper all but took your breath away.  As much as you are scared to get pregnant and change your life forever, you are more scared of not getting pregnant and being the current you forever.

So you take a deep breath and you grab the stick, and turn it over, look at it.  You open your eyes to see better.  You haven’t noticed that you have stopped breathing.  And then you …. Well, I laughed.  Spluttered, really.  Shook my head in disbelief.  A planned pregnancy that ironically, was unplanned (we were convinced we had had sex on the wrong days that month; I only did the test cos I get impatient).  And a boyfriend who was 3000 miles away at that moment, working for a month in Qatar.

Pregnancy, so romantic.  Really, it should have been a sign. 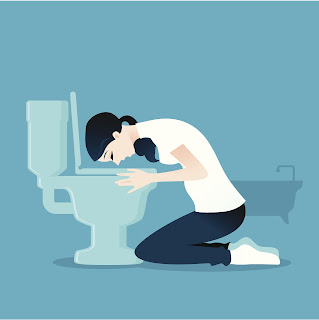 You break the news to your partner – ideally not in a trans-continental phone call, but I never have been able to keep a secret – and you tell your best friend because you know that you are impatient, impulsive and often downright reckless and it could be a good idea to have someone around to rein you in and be on standby in case tragedy strikes you early.

Its amazing people don’t notice.  You wear your pregnancy like a secret.  I swear any “glow” you get is the smug satisfied smile of the cat who knows she just ate all the cream, but wants to stay and watch what happens when the other cats find out.

It’s amazing people don’t notice.  You puke.  A lot.  Really, I should have just put my office in the toilets, cos I really wasn’t consuming enough calories to keep running back and forth.  You hide mouthwash in your locker.  You start to leave work earlier because at 4pm each day you feel as if you have fallen into a narcotic stupor.

It’s all perfectly natural you tell yourself.  The books you have bought explain how this is the baby’s greatest period of growth.  Well no wonder I feel knackered – my body is in shock.  You tell yourself this, and you believe it.  It won’t last long.  Really, you should know better.

You vow to keep it a secret until you’re safely past 12 weeks – after all, mustn’t tempt fate.  But you are also aware of how everybody at work must be wondering why you are obsessed with a certain toilet cubicle, why your bladder seems to have the cubic capacity of a gnat’s stomach, and why you have been off ill a couple of times with “a bug”.

So you come clean at work, even though you feel a bit of a prat making the announcement.  But then once you’ve told work you realise you should have perhaps told your family first.  Everybody is thrilled for you, everybody is excited.

You, well you just feel sick.  Not just mildly sick, but all day nausea, puking, inability to swallow even water kind of sick.  Whoever called it morning sickness was a damned liar.  Mine lasted almost all of the day, every day.

But look, the sisters crowd round to give you comfort.  Don’t worry, they coo.  It will pass.  It gets better at 12 weeks (later they will reassure you it gets better at 16, 20 and any other nice number weeks; rather like the dream of the never-ending race, the finishing tape of sickness is always just around the corner).  Have you tried ginger ?  Have you tried crackers in the morning ?

No, but I tried celibacy once and it never made me feel like this.

It will be several weeks yet before you realise they have lied.  How they have listened, nodded, empathised and then reassured you that you only have a couple of weeks left to endure, that this is the worst moment.

It will not get better, but you don’t know that yet, so you use your formidable talent for positive thinking to convince yourself that soon you will feel better, soon you will glow.  Meanwhile you are signed off work for 2 months with extreme nausea and exhaustion, 15 years before Kate Middleton made it a well known thing.

So what did I learn?  Well, when you want something, you have to grab it.  If you’re ready, Go and Get It, don’t wait.  In life, if you can make it happen, you should, simple as.

However, pregnancy is the great conspiracy of silence.  Sure, some women sail through it effortlessly, and you will come to hate these women with every cell of your being, but so many others just aren’t honest about the horrendous moments.  For me, the 2nd part of my pregnancy would be even worse than the first, and I never stopped being shocked by the number of women who would say to me, “I know, the same thing happened to me, but I didn’t want to tell you.”

So the real lesson is for the women out there.  Be honest.  Decades ago, we possibly kept the misery of pregnancy secret because it wasn’t a polite conversation to have.  These days, thankfully, we don’t have that excuse, which is why it’s so great to see Chrissy Teigen sharing the agony of losing her baby.  Pregnancy is an experience that bonds us – the sisterhood is unlike anything I have ever experienced, but we have to be honest.

I wish women had prepared me more for how awful pregnancy can be.  Would it have stopped me?  Absolutely not, but it would have PREPARED me, and maybe killed off my fantasy of the yoga-chiffon-pregnancy lol.   I hated pretty much every moment of being pregnant, and I only worked for 2 months in that entire time.  Misery doesn’t even come close to describing it, and despite every intention of agreeing with the fortune teller and having 3 children, it’s the main reason I stopped at 1.

I just couldn’t put my body through it again.